I’m not much of a one for new years’ resolutions but I am determined to be more productive this year.

I’m a massive fan of Asslessman’s really excellent blog, and I’m always impressed by how much he turns out as much as I am by the brilliant minis. Whilst I know I’ll never come near to that, I will try and produce a few more finished minis this year.

I’m also picking up 28mm sci-fi again. I love 15mm, but it’s simply not characterful enough for some of the sci-fi stuff I want to do. So I’ll be doing various 6mm projects, occasional 15mm ‘hard-ish’ military sci-fi stuff (at which I feel 15mm sci-fi excels) and 28mm sci-fi and fantasy character based skirmish stuff.

Here’s the first guy on the table, about 70% done – he’s an Inq28 mini that will also be a bounty hunter in my more generic (half Rogue Trader and half Star Wars) used-future sci-fi. The serum to hold back his mutation is expensive, so what’s a rough and ready spacer to do other than turn to bounty work?! (He’s something-something-nurgle-bad-more-skulls in Inq28 world). 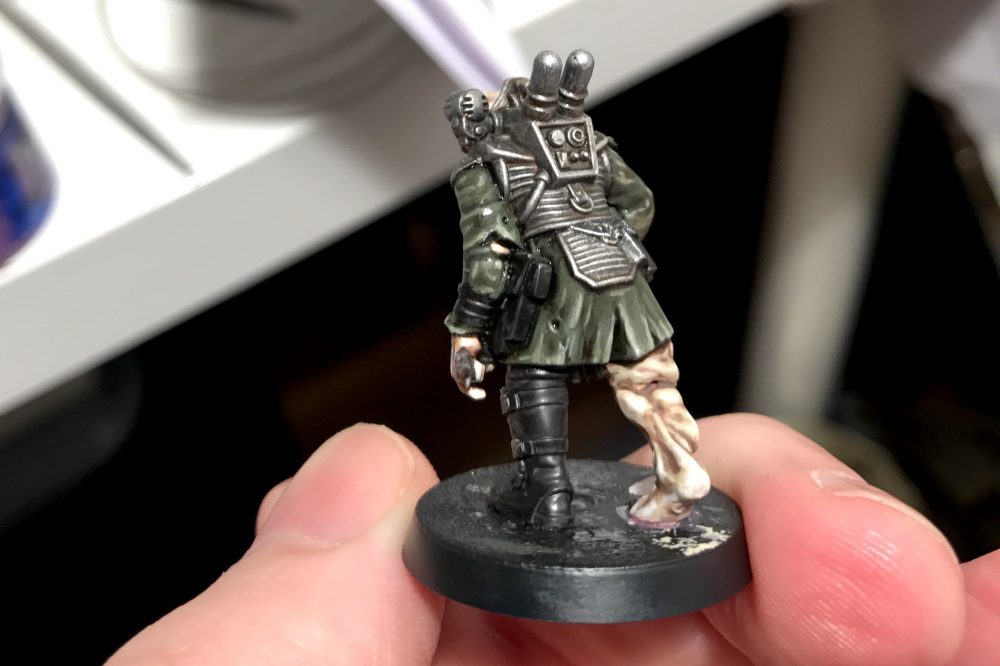 Anyway – see you much sooner than has become normal recently. Promise.