I’ve been fairly quiet recently, but not from lack of working on stuff. My main focus has been my entries for the Lead Painters’ League over on Lead Adventure, so won’t be able to show off some of my recent stuff.

What I can tell you is, out of pretty much nowhere, I’ve embarked on a 28mm (yes, 28mm!) Cyberpunk-cum-Beat-Em-Up Sidescroller project. Basically I want to do two things: 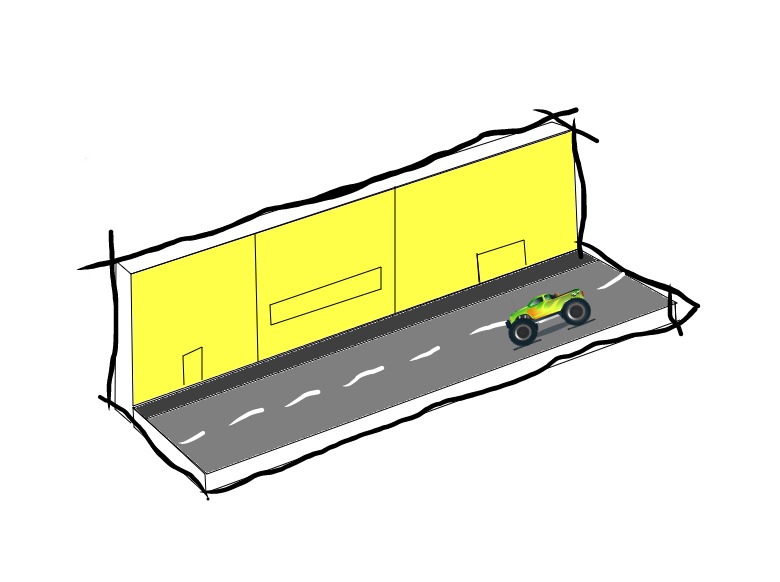 2. Paint whatever weird minis I want as adversaries for the one mini I’ll play as – punks, rioters, cops, disgruntled municipal employees, psycho schoolgirls, cultists, aliens greys, gangsters… basically it’s meant to be very cyberpunk silly (like a daft Megacity-One) so I can wedge whatever I fancy in.

I’m going to use the bones of Pulp Alley for the rules – the protagonist will be a Terror (or a duo league if I use a pair) – and make up some stuff for street furniture and how the turn sequence goes. The background is light, and something like this:

The year is 2076 and law and order has broken down in Cyber City One. Rioters, Gangs, Gangsters, Cultists, Disgruntled Municipal Employees and all manner of other city dwellers spill out into the streets whilst the cops try -and fail- to maintain the peace. But some people just need to get home, so get out the way punks…

Ice works at the local holo-suite centre. If you want to buy an all new installation or just tweak your laz-reader, he’s your man. Ice is happy with his lot, an easy, quiet life with his collection of rare Magnadisk albums and antique Martial Arts motion-flats. Tonight though, the city’s gone to shit, and Ice just needs to get home – his ProjectaPet ™ is due a 17 button combo interaction to raise it’s ‘loved’ bar – so he hopes all the Tonfa skills he’s picked up off his montion-flats might help him along his way.

There’s still a few bits to finish on him (the laces are a disgrace, and I need to decide what to do about eyes), but I wanted to paint a mini as a bit of a tone benchmark for myself, in case I lose my way and any minis come out too serious! He also needs a good matte varnish so ‘scuse the weird gloss – I prefer gloss inks but they don’t look great until they’re flattened. I’ll base a whole group once I’ve finished them.

If I’m lacking updates here, keep an eye on my Pinterest board for ideas, at least you’ll see where my brain’s at!

3 thoughts on “Recent Goings On”