Spent today in the home office, so had a bit of time over a sandwich to make the bases for my first Ork Warz warband. This warband is meant to be ‘classically’ orky – not too theme, just a mix of boyz, a bikerz and trukks.

I’m not certain I’ll use the thin infantry bases – just wanted to make some to see how they’d look. Might revert to my usual 2mm MDF ‘Flames of War’ style bases from Warbases. 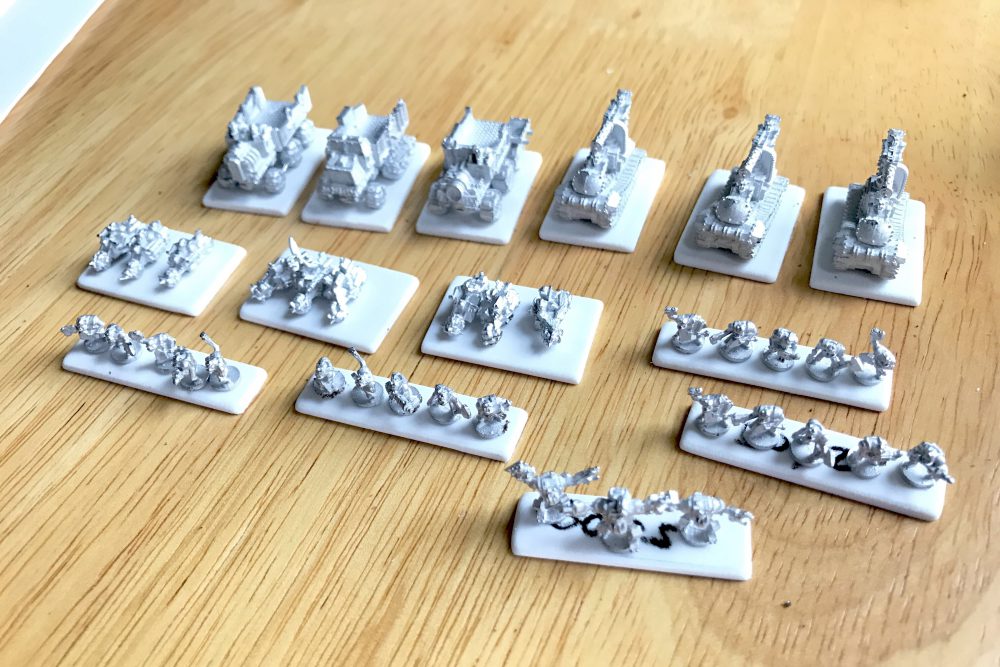 This gives me a nice 24P to draw on for smaller games (plus maybe some P to spend on command resources in bigger games).

I’ve also got a nice chunk left over from my Vanguard order for the next warband too (maybe some Bad Moonz style guys – with a preponderance of Nobz). I’ve also got an Epic Squiggoth stashed for a warband along the way.

One thought on “Ork Warz! The First Warband”