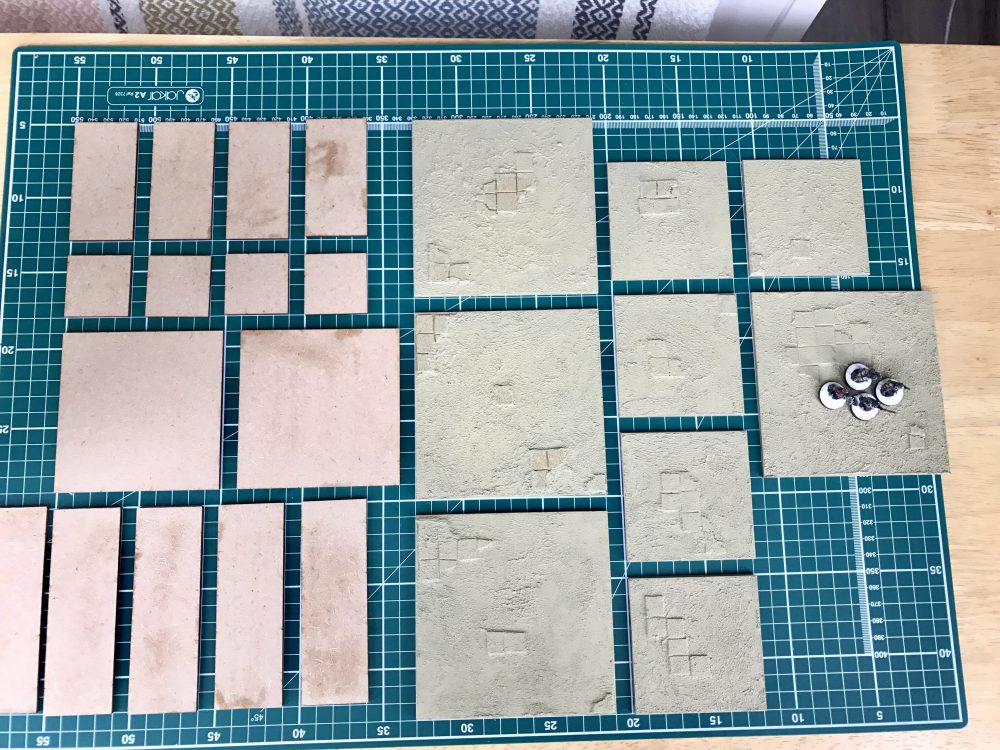 Had a busy few weeks recently so not a huge amount to show off (there’s a nice chunk of minis awaiting basing and matte varnish though, so over the next fortnight I should finish a few groups).

I have been thinking about my desert fantasy project a bit more (including possibly upgrading it to 28mm, an idea I’ve abandoned again) and what sort of settings I want and need.

I like the idea of painting up a group of the Copplestone Barbarians (i.e the not-Conan minis) to represent the same character throughout his life, as his situation and fortune changes. The games I play will represent tales he’s telling later in life – “Have ever told you about the wolf attack on Mount Vellemir?” – seems like an easy way of having adventure hooks without worrying too much about an overall narrative. I could always string some together, but when I’m ready for a switch up then that’s easy. It’s sort of how REH wrote the Conan books too.

So, on that front I’m considering terrain – seems to me that this approach to gaming requires fairly generic terrain that can be set up as ‘archetypes’ – I’ll need huts to represent villages, or the hut of a lonesome hermit. I’ll need a camp to represent traders caravans, bandit camps or nomad villages. I’d like some city walls for encounters outside the city states that dot this desert-fantasy landscape.

My favourite computer game ever is Fallout 2, and I’m often inspired by how it used generic archetypal buildings (very similar to a tabletop game):

Look at this image of Redding for example – those tin shacks are the game’s archetypal shack/agriculture building, whilst the tents pop up all over the place. It’s the arrangement and small ‘flavour’ details that really give flavour. So that’s the approach I’ll be taking.

But what about *inside* the cities? I don’t really have the space to create a full city of desert buildings (though if I did, I’d definitely buy the really excellent Crescent Root stuff). I’ve been looking online at people’s set ups for both Mordheim (essentially set in a city) and Songs of Shadows and Dust (again, usually set in ancient urban environments) and I’ve realised that being a ‘desert’ setting has a big advantage – Medinas and Souks.

Rather than populating a table with loads of buildings, so I can game in the streets between them, I’m going to take a dungeon-crawl approach and just model the streets and alleys. I’ll be assuming that all these streets are walled in by buildings, homes and city walls: 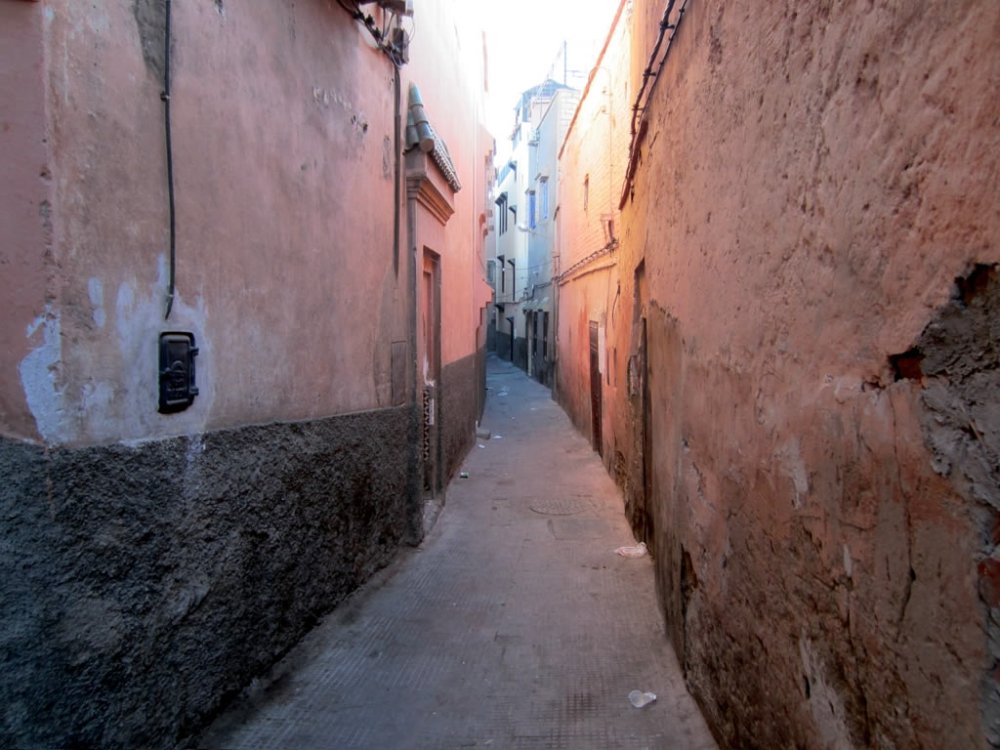 So that’s where we’re up to – a big pile of 3mm MDF shapes (from the ever excellent Warbases) and a heap of inspiration stolen wholesale from Matakishi’s excellent dungeon work has got me the beginnings of the medina. One batch are basecoated anf the others are just varnished on the back (to stop them warping). Once these streets and alleys are finished (which come close to 400×400 in total area) I’m going to make some ‘rooms’ following a similar method, so my roughhousing barbarians can burst from the street a poor craftsman’s front room then back out into the street. Not certain on how I’ll do that yet, but I’ll get there. Door will need representing too in that case, so that’s another thing to ponder.

These should work for Sci-Fi too happily, with a few flavourful additions.

5 thoughts on “Rock the Kasbah”