Everyone else as festively bloated as me?! I’ve bought myself a bike, which is good because at this point my blood is pure Stilton!

Here’s a knockabout post to try and hide the fact I’ve barely painted anything. I’ve been thinking about some alternative ideas for fantasy gaming (yes, I’m a glutton for punishment – nothing’s ever easy!). One of the things I really liked about the cave system I finished for my desert RPG gaming is how effective the concept was (I’m not sure it totally works in a desert context though) and how easy to store (i.e robust) the terrain is.

So – what about making some more, on a slightly larger board and scaled to work for 28mm (maybe) but in actual, cavern/cave colours, and collecting a cavern focussed fantasy set of minis. Now this should be pretty easy, caving and cavern minis are a classic of the fantasy RPG genre… there’s even great stuff like Midlam Miniatures’ Creatures of the Caverns range. To start with, that should work nicely. I also have my Mushimen from the Toad King Castings kickstarter, and nothing says ‘fantasy caves’ like fungus.

BUT (of course) I’m also a big fan of civilians, villagers and those general everyday people (like these) and it’s slightly trickier to slot those into fantasy caverns. Until, I thought of Metro 2033. 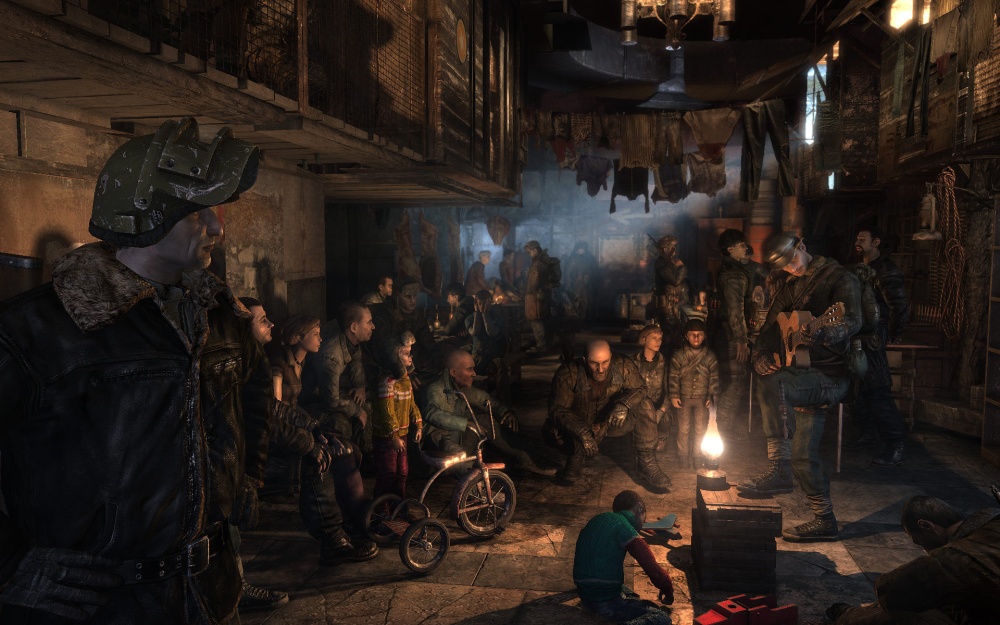 Now, Metro isn’t fantasy – it’s a Russian post-apocalypse world. However, imagine if a magical apocalypse hit a world riddled with underground caverns, tunnels, caves and catacombs. Now imagine that whole villages, towns and races had managed to survive the apocalypse by escaping into the catacombs and caverns. Here they built new townships, shanties and outposts – exploring the tunnels, excavating and farming, building new lives underground.

That works! We’ve got tunnels, we’ve got caves (good terrain fun) and we’ve got villagers, monsters and RPG encounters. I can play an explorer mapping new caverns, I can play an assassin striking at a cavern village, a murder mystery in a cave-town, a goblin raid on a village outpost… loads of stuff. I can introduce weird elements (did small pit ponies come down into the caverns or do they breed a strange underground creature as their beasts of burden?).

For minis I reckon the humans will be fairly straight forward, perhaps with a slant towards warmly dressed minis (easy with the popularity of Frostgrave). I’m slightly concerned about the painting approach – I think I’ll need to improve my OSL and to paint the rest of the collection in Zenith highlight style, to try and make sure it looks dark underground.

Best get a new order of cork in.