Managed to squeeze in some matte varnishing between work bits at home today, so we’ve got a few new additions. 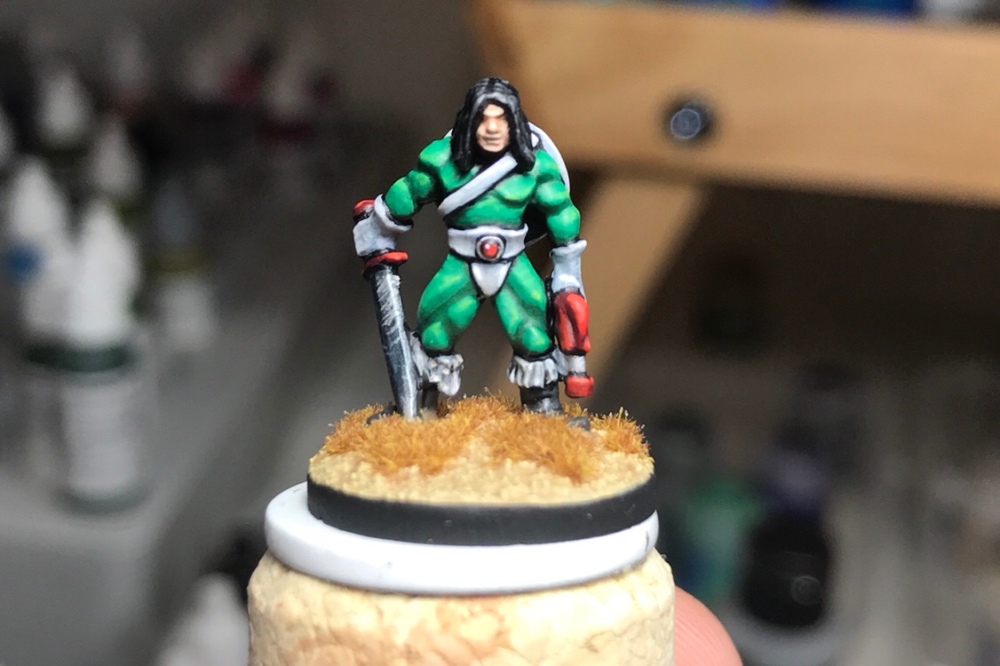 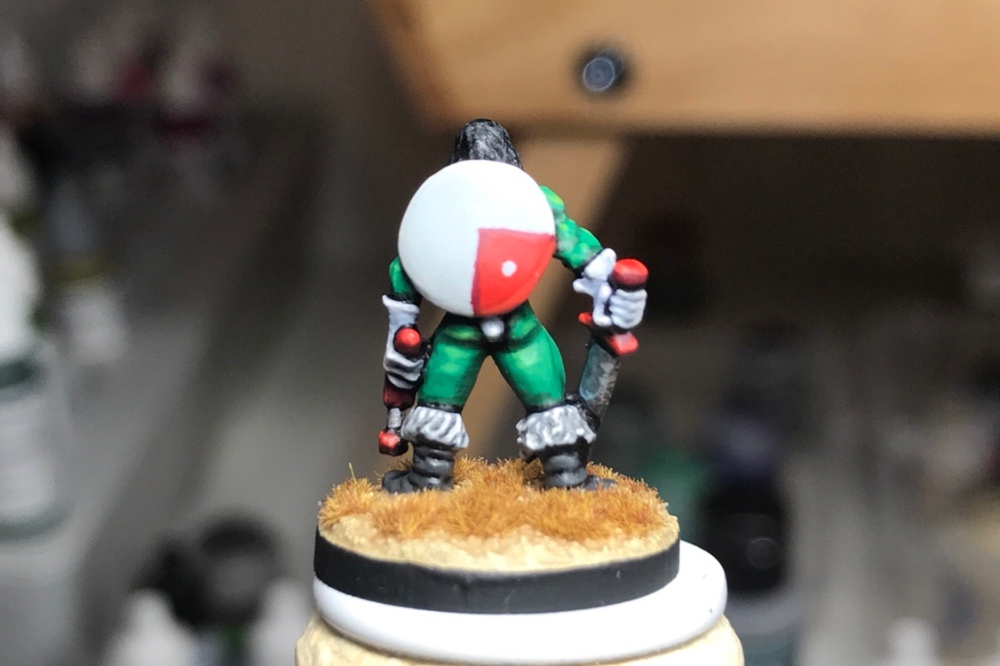 Had the urge for some over the top science fantasy, and a little bit of greenstuff later, this chap emerged. Obviously a Copplestone barbarian, mostly converted with his paint job. I’ve got a little goblin bag carrier to go with him, for a Slaine-in-space vibe.

Next up we’ve got a camel, to go with my various desert barbarians and adventurers – lovely little model from (I think) Essex. ‘Scuse the pics – I’ve lost a bit of contrast and I don’t think they’re in focus either! 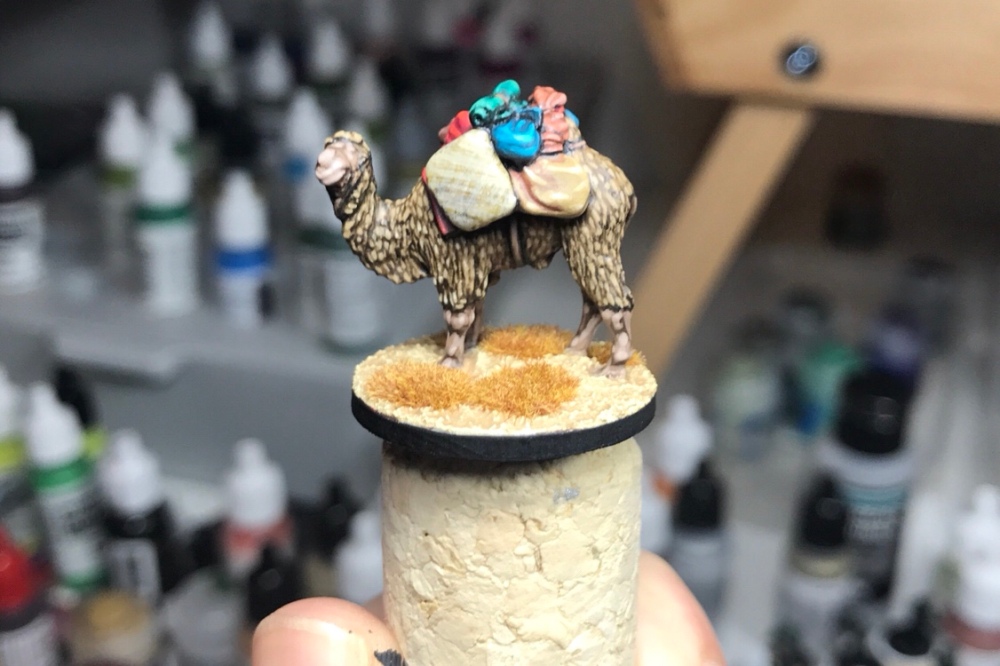 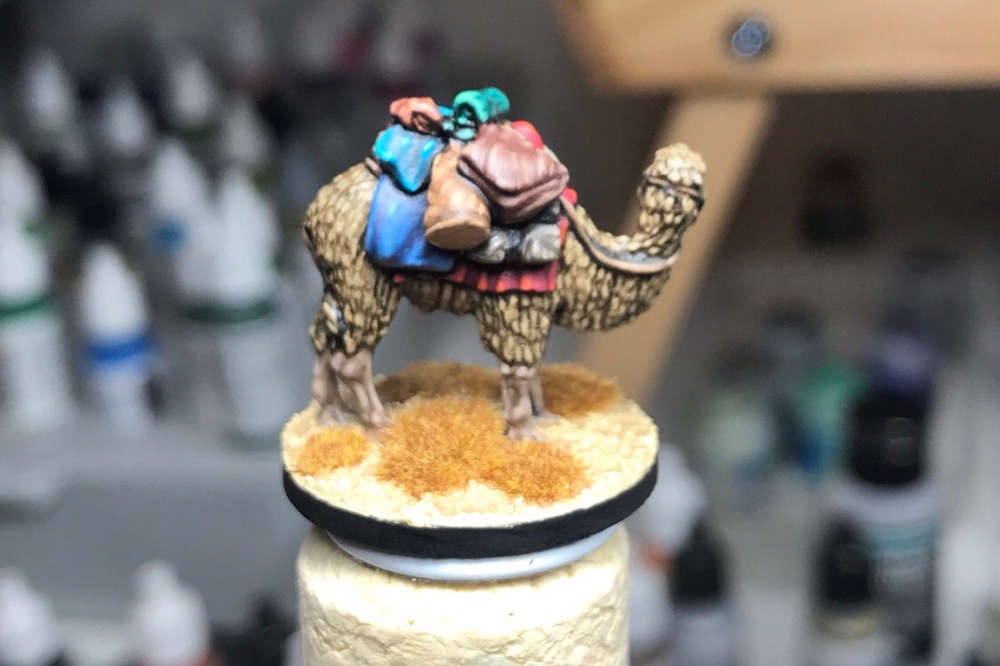 Finally, here’s a mini I intended as a sort of Jabba the hut proxy, to go with the space accountant. He was intended to be the slave trader for my long threatened space slave caravan. I’m not sure I’ll use him actually – really wish I hadn’t sculpted that slightly fruity bracelet on to him! If nothing else though, he’s another character to draw on. Looking at the pics I think he might need another dusting of matte varnish too. The mini’s from Four A. 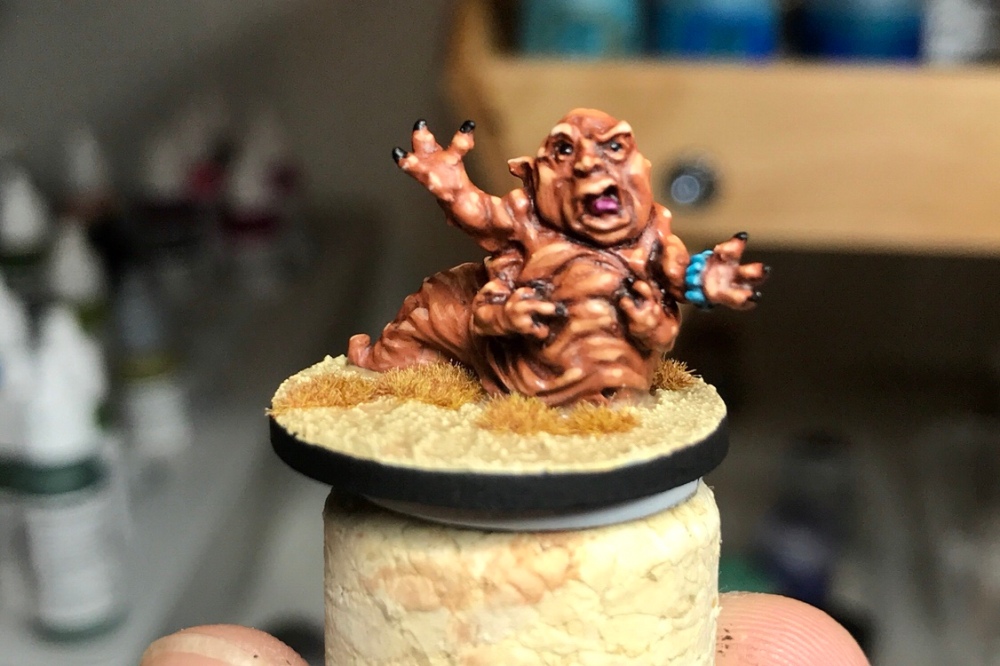 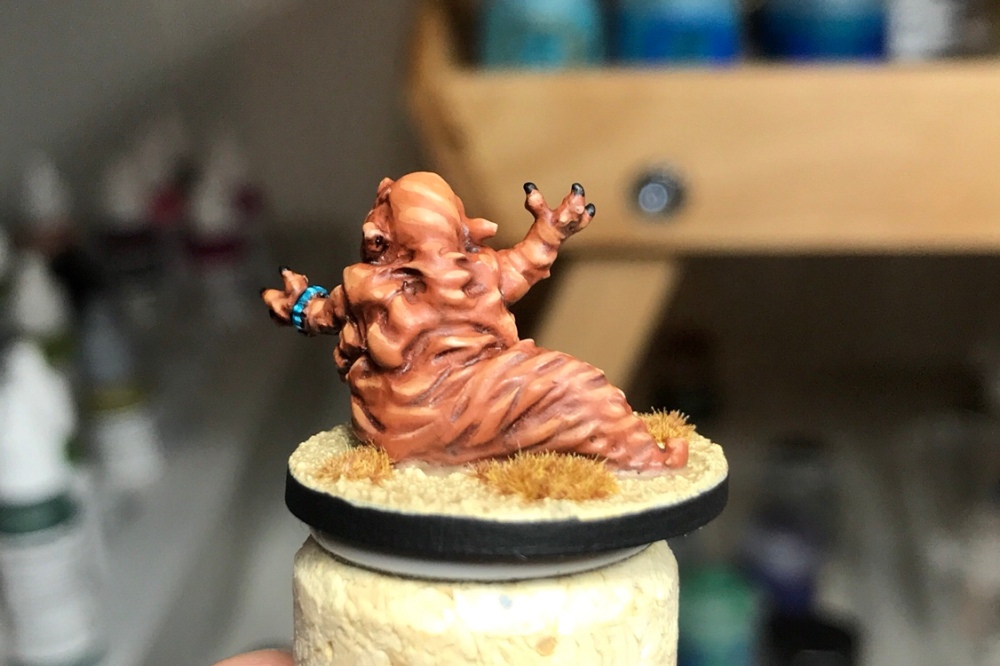 One thought on “All Kinds of Flavours”