Still painting some bits I can’t show off at the mo, sorry it seems quiet round these parts!

I have been thinking a lot more about my desert, fantasy gaming though, and starting to create a bit of a background (a little like I did a while ago with my Sci-Fi world).

By no means am I pretending this is all original – I’m picking bits from my favourite bits and bobs from Fantasy and mashing them together.

It is the second age of the land – countless walled city states, ruins and temples scatter the continent. The ruined cyclopean city of Embel, built by an ancient race of giants, surrounded by high walls, sits along the coast in the Bay of Black. It is whispered by explorers that from the towering city gates, through the cyclopean ruins, through to the ancient port is a week long journey so vast is the city. It is whispered even more quietly that remnants of the city’s ancient builders remain. Degenerate giants skulking in the towering ruins they’ve forgotten they built. 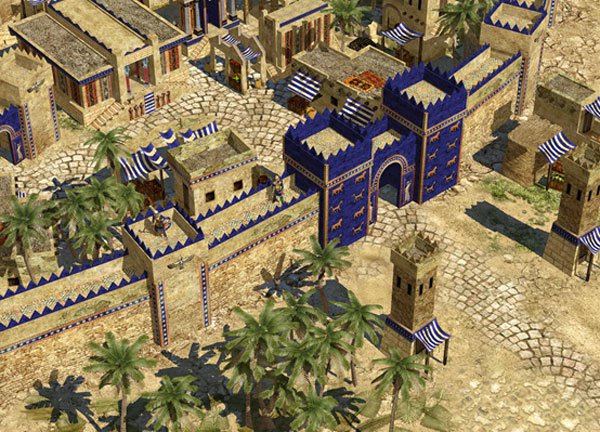 Fantasy races (in the classic fantasy sense) don’t exist, but evil magic and sorcery does. Small bands of evil creatures bred through magic can be found in hidden corners (so I can still use orc models)!

There are warring city states and empires feuding and clashing – with a large, developed Empire bleeding into the land from the far south, occupying those it conquers (i.e. Romans).

My protagonist in my games is stolen from somewhere else: The Witcher series. 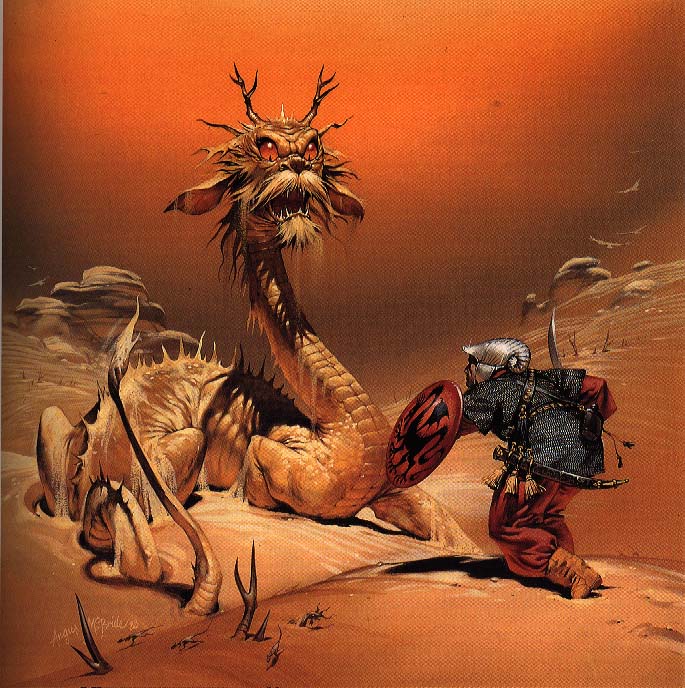 Thousands of years ago, before the huge, ancient river of Valloq ran dry, the Valloqar empire, homed in it’s white stoned city suffered a number of defeats in it’s long running war against the northern Warlocks and their beastial armies. The high priests of Valloqar turned to a magical, alchemical process to produce a fighting body of 1000 elite soldiers. 1000 young boys were selected, and through experimental process where given enhances reflexes, high pain thresholds, increased immune systems and healing properties and the eyes of cats. 100s perished in the process, but those who survived were trained as excellent fighters. The Warlocks were defeated, though at great costs.

The land had been scarred by ancient evil magiks; beasts or mutants roamed the wastelands or sprang up as the winds of changed converged and the people lived in fear. Isolated villages and townships would suddenly be lost to giants and cyclops. In a last-ditch attempt to turn the war, the Warlocks damned the river Valloq, and over the following hundred years the Valloqar abandoned their city, refugees spreading into the cast wastes and seeking refuge in other city-states and empires. The need for monster-slayers remained though and over the thousands of years knowledge has been passed down from priest to priest, a small custom of ancient Valloqar surviving. Now, itinerant slayers (though far too few) travel the wastes, helping kings and paupers, wherever a need.

Their code forbids them for owning property (to prevent them from settling down), so they work for small reward, a bed and food, then move on. They live for hundreds of years (providing they are food at their work!) and many the tale they have.

I like the idea of a protagonist like the Witcher, or Conan, that had so many adventures that you can just dip in and out his life (not necessarily follow a full narrative).

I’ll come back to this, want to draw a map next.