Kicking off 2019 nicely, I’ve finished up this group of bandits and general ruffians. 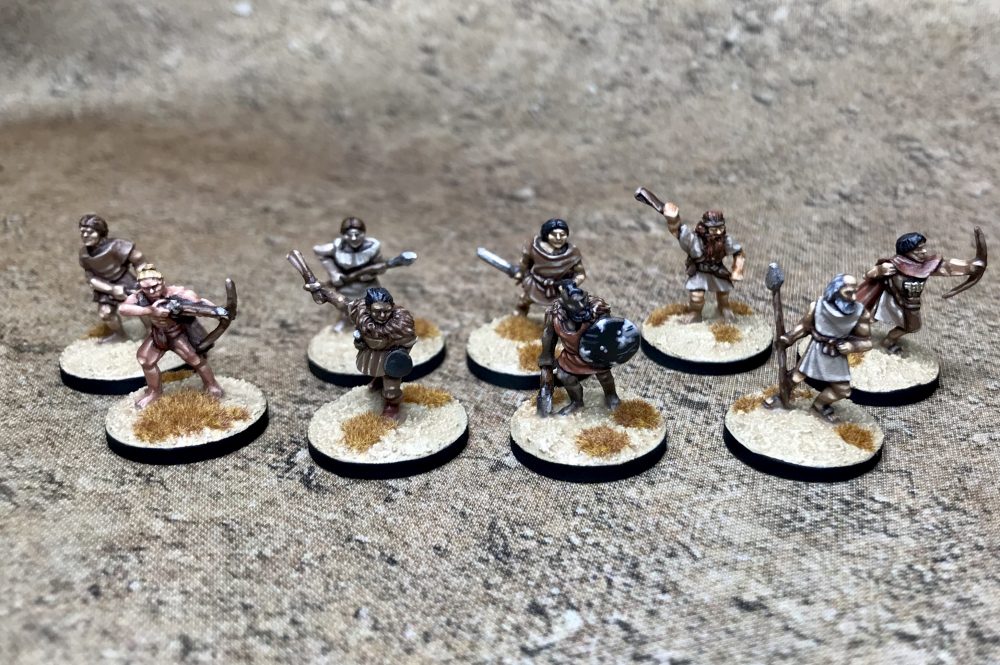 These guys are drawn from a few different Forged in Battle packs, and I wanted them to represent a mix of races and backgrounds – I originally pictured them as escaped slaves (indeed, a couple of them are from the Spartacus slave rebellion packs) – and now I think of them as more general ne’er-do-wells, but still a mixed group down on their luck. Like old west bandits.

I had the impetus to get these finished recently because I’ve been playing a bit of Ashen  –  I’m a huge Dark Souls fan so play any Souls-like games that come out. The game is so-so, but I was really taken with the little groups of bandits you encounter in the wilderness, camped around little fires. The style is a bit different, but that’s the spirit I’m trying to capture with this group. 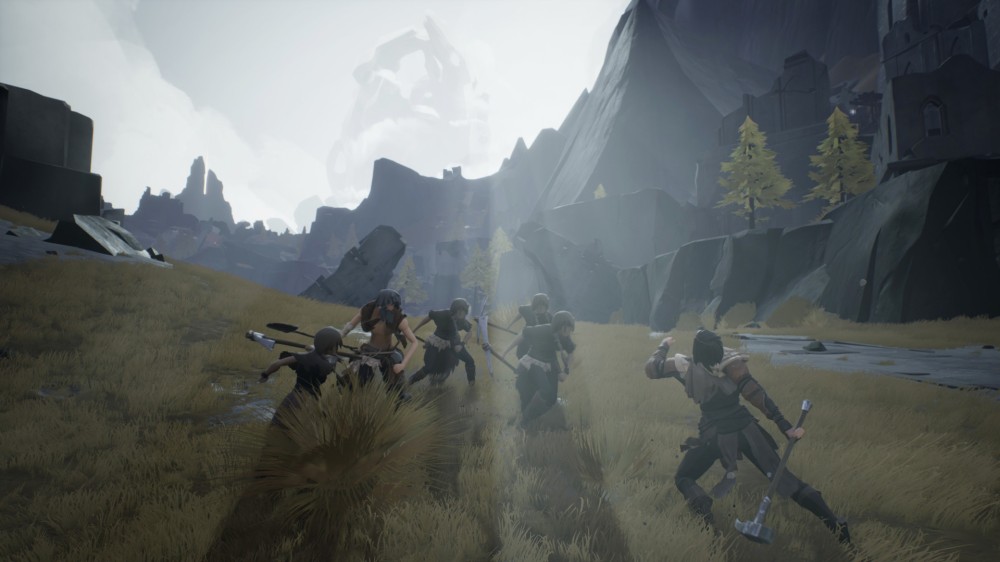 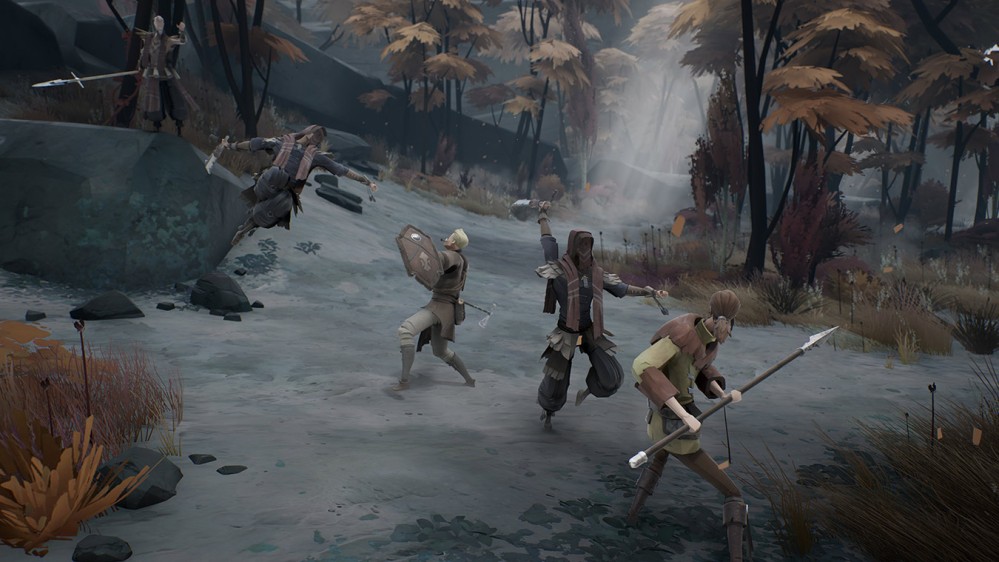 All in all I think they’ll be really useful for little ambush scenarios and raids.

One these I made great use of Vallejo Red Earth and the colours in the Vallejo German Infantry set.